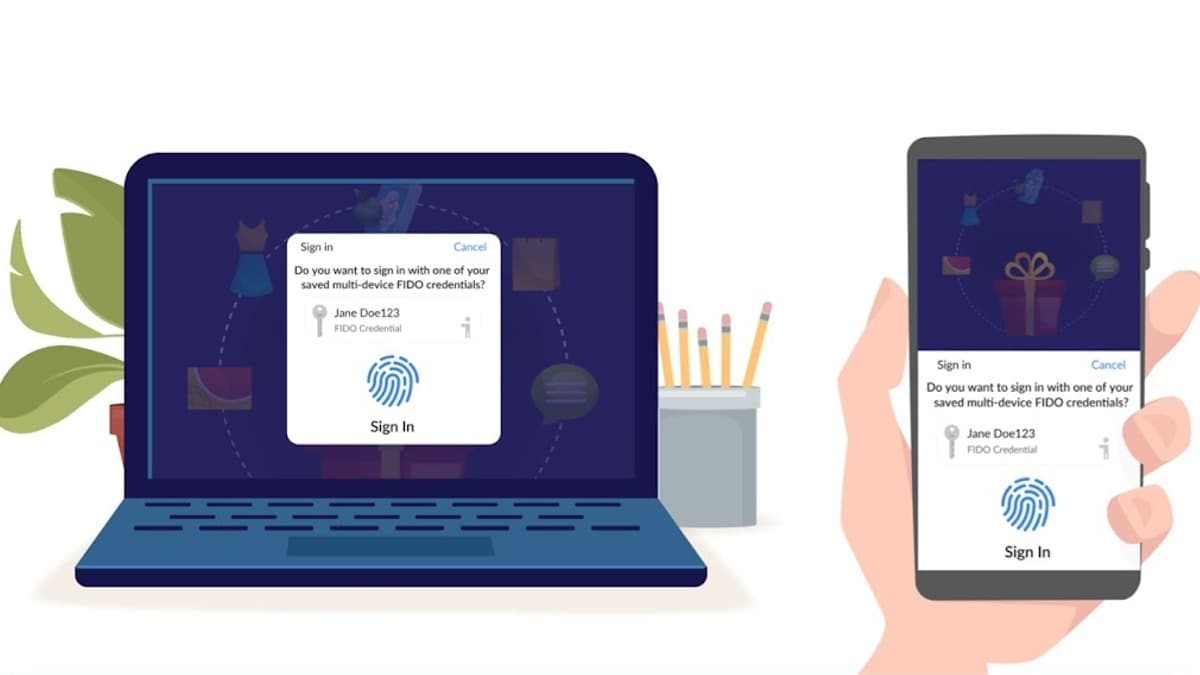 Apple, Google, and Microsoft have announced that they will be implementing new capabilities of the common passwordless sign-in standard created by the FIDO Alliance and the World Wide Web Consortium on their devices as well as platforms. The standard was created in order to make the Web more secure by allowing consumers to log in to websites without any password. The FIDO, or Fast Identity Online, Alliance was formed in July 2012 to address the problem of people using hackable passwords to sign-in to various platforms.

As per the announcement, tech giants including Apple, Google, and Microsoft — the companies that led development of the expanded set of capabilities — are now enabling the new capabilities support into their respective platforms. It is to be noted that these companies’ platforms already support FIDO Alliance standards to enable passwordless sign-in on devices.

As part of the extension of implementations, there are two new capabilities for more seamless and secure passwordless sign-ins. The first one will allow users to automatically access their FIDO sign-in credentials (referred to by some as a “passkey”) on their devices without having to re-enroll every account. The second capability will enable users to use FIDO authentication on their mobile device to sign in to an app or website on a nearby device, regardless of the OS platform or browser they are running.

This means that instead of using unreliable password logins, people can be easily identified with a fingerprint reader, face scanner or even a phone making it simpler for signing-in with stronger authentication. Previously, users were required to sign in to each website or app with each device before they can use passwordless functionality. As per the announcement, the new capabilities “are expected to become available across Apple, Google, and Microsoft platforms over the course of the coming year.” Independence Day 2020 Stickers: How to Find, Add, and Share August 15 Stickers on WhatsApp