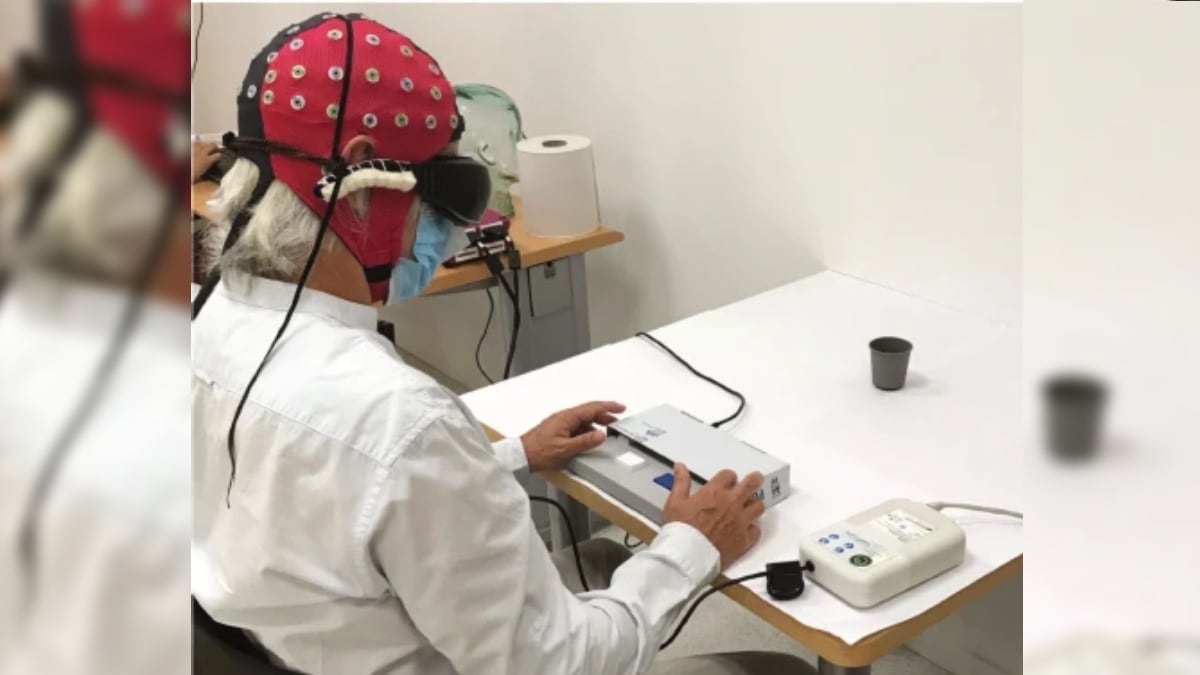 In a first and what is truly a breakthrough in medicine, a team of doctors has succeeded in partially restoring the vision of a patient using optogenetic therapy. The patient, who was part of a study, had retinitis pigmentosa, a neurodegenerative eye disease where the loss of photoreceptors could lead to complete blindness. Following the therapy, the 58-year-old patient could perceive, locate, count, and touch different objects using the vector-treated eye alone while wearing the goggles, doctors said. During the exercise, multichannel electroencephalographic recordings revealed object-related activity above the visual cortex.

While wearing the goggles, the patient could locate and touch a notebook on the table 92 percent of the time, the study revealed. Titled “Partial recovery of visual function in a blind patient after optogenetic therapy,” the study has been published in the medical journal Nature Medicine. The study states that this is the first reported case of partial functional recovery in a neurodegenerative disease after optogenetic therapy.

The researchers also examined if the patient could recognise patterns on the street. “In the stimulated monocular condition but not in the natural binocular condition, the patient spontaneously reported identifying crosswalks and he could count the number of white stripes. Subsequently, the patient testified to a major improvement in daily visual activities, such as detecting a plate, mug or phone, finding a piece of furniture in a room, or detecting a door in a corridor but only when using the goggles,” stated the report.

Medical Xpress, an online medical and health news service, quoted lead researcher Dr Jose-Alain Sahel, chairman of ophthalmology at the University of Pittsburgh, as saying, “This is the first-ever patient that is reporting any kind of improvement through optogenetics.”

Though researchers have clarified that the patient’s vision is not expected to recover to such a degree that he can read something or recognise faces, the study still holds a lot of promise because, according to the report, this level of visual recovery in the man “was likely to be of meaningful benefit in daily life.”

It’s Google I/O time this week on Orbital, the Gadgets 360 podcast, as we discuss Android 12, Wear OS, and more. Later (starting at 27:29), we jump over to Army of the Dead, Zack Snyder’s Netflix zombie heist movie. Orbital is available on Apple Podcasts, Google Podcasts, Spotify, Amazon Music and wherever you get your podcasts.

Remove Background From Image: 3 Simple Ways to Get Rid of Backgrounds in Your Photos

How to Check All Phone Numbers Registered Against Your Aadhaar