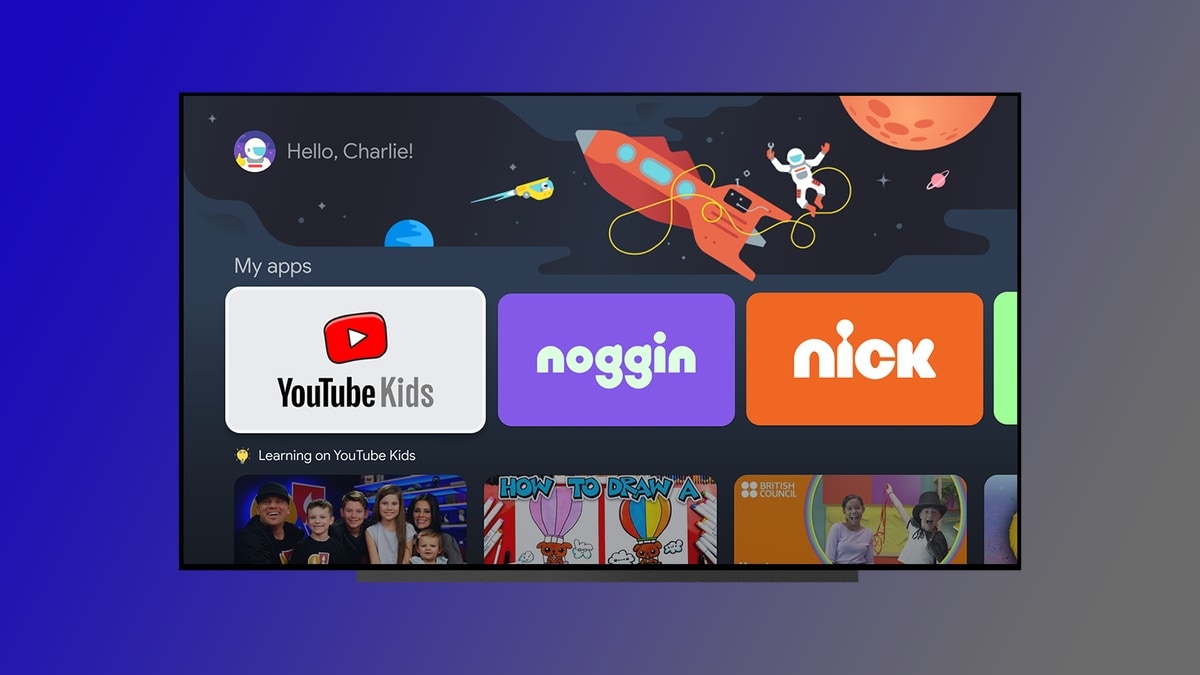 Google has announced a new feature for Google TV devices as well as Chromecast with Google TV. The new feature that lets you create profiles for your kids, also lets you monitor what content your kids can consume and for how long. Kids profiles will first be introduced in the United States this month and will be available in other regions in the coming months.

Detailing the feature on its blog on Monday, Google says Chromecast with Google TV and other Google TV devices users will be able to monitor their kids’ TV viewing time by letting you create a new profile for your kids – you can either add an existing Google account, or just create a profile with their name and age.

With this feature parents will also be able manage the content their kids consume on the TV. This can be achieved by either locking or unlocking certain apps, managing which apps are accessible to your kids, and also share already purchased movies and TV shows through Google Play Family Library. The kids mode on Google TV can be distinguished with the use of bright colours and illustrations. The background is customisable and currently has three themes – Under the sea, Dinosaur jungle and Space travel – to choose from. Google has also announced that Avatars will also be available in the near future that will let your child select a profile picture depending on their interests.

Another big aspect of this feature is the addition of Screen Time Management. This lets you control the total time your kids spend watching TV and will also set a time that they should head to bed at. “When it’s almost time to turn off the TV, your kids will be greeted with three countdown warning signs before a final ‘Time is up’ screen appears and ends their watch time,” said Saleh Altayyar, Product Manager, Google TV, in the blog.

The feature will also have a PIN for you to prevent your children switching away from the kids profile. The TV viewing time can also be monitored from the Family Link app that helps you align their screen time on their Android smartphones and Chromebook.

As mentioned, the rollout for this feature has been planned for later this month. It will first be introduced in the United States on Chromecast with Google TV and Google TV devices, and will eventually be rolled out on the other devices and in other regions too.