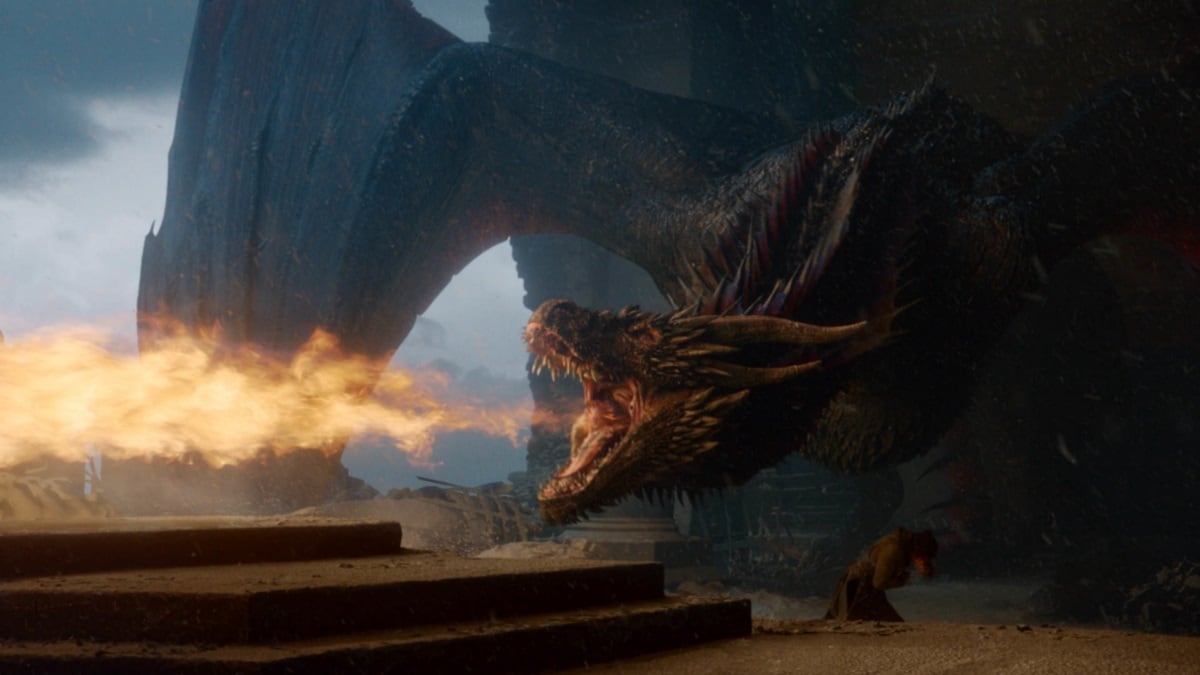 House of the Dragon — the only confirmed Game of Thrones prequel series — will begin filming in April, HBO’s chief content officer Casey Bloys has announced. At the 2021 winter press tour hosted by the Television Critics Association (TCA), Bloys said: “We’re thrilled with Miguel and Ryan, their collaboration and their collaboration with us, and excited to get going. That’s all moving ahead and we are excited about that.” Bloys added he hopes to visit the set — at the Leavesden Studios in Watford, England — if he gets a COVID-19 vaccine in time.

Set 300 years prior to the events of Game of Thrones and based on George R.R. Martin’s 2018 book Fire & Blood (the first of two volumes), House of the Dragon chronicles the history of House Targaryen as it leads to the civil war known as the Dance of the Dragons. Martin created House of the Dragon with Ryan J. Condal (Colony). Condal and Game of Thrones director Miguel Sapochnik will serve as showrunners and executive producers alongside Martin, Vince Gerardis, and Bloys.

Four House of the Dragon cast members have been officially announced so far: Paddy Considine as King Viserys I Targaryen (the fifth Targaryen king and one of the riders of Balerion the Black Dread), Olivia Cooke as Alicent Hightower (the politically-astute daughter of the Hand of the King), Emma D’Arcy as Princess Rhaenyra Targaryen (Viserys’ first-born and a dragonrider), and Matt Smith as Prince Daemon Targaryen (Viserys’ younger brother and heir to the throne).

At TCA, Bloys addressed the other Thrones prequels that have been reported: “We’ve been talking about areas to develop, which is where this prequel came from. We are talking about other areas that make sense as well. George R.R. Martin’s world is so big and what’s interesting about it, not only is it big but he’s got a lot of road maps in terms of history. So one of the great things about House of the Dragon is that’s an established history that leads you to Game of Thrones the show, and there is a lot of little branches. There is a lot of opportunities and stories to tell.”

Don’t expect the animated Thrones series to come anytime soon though, per Bloys, if at all: “It was really a musing, ‘What would adult animation be like, would GoT land itself to that?’ So literally that was a conversation and there were a couple of conversations with writers, ‘What do you think, what would this be, is there anything to it?’ When I say embryonic, I mean really, really embryonic.”

Bloys also noted that HBO doesn’t have a specific number in mind for Game of Thrones spin-offs: “I’ve never wanted to do this with a mandate that you must have three series by this time or you must exploit adult animation or you must do that. It’s really coming from, ‘Would that be interesting, is that good, do we have a writer we believe in?’ That’s kind of the approach we are taking. I think you have to because if you don’t do that, it would lead to putting shows on for the sake of it.”

House of the Dragon is expected to premiere in 2022 on HBO.