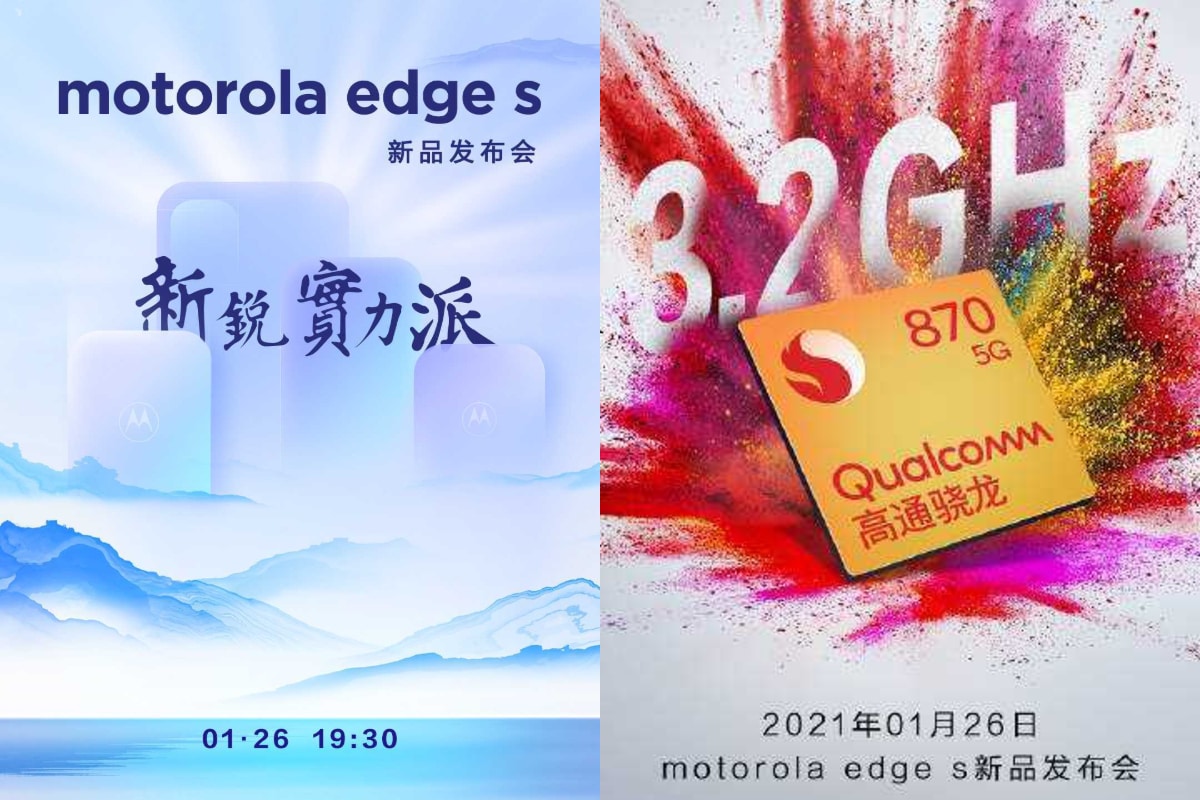 Motorola Edge S is all set to launch in China on January 26. Motorola took to Weibo to confirm this development and also revealed the chipset that the phone will be powered by. The Motorola Edge S will have the new Qualcomm Snapdragon 870 SoC, which is built on the 7nm processor architecture and has a clock speed of 3.2GHz. This new handset will be Motorola’s first to feature a new Snapdragon 800 series chipset. Recent leaks suggest that the Motorola Edge S has been codenamed ‘Nio’ internally.

The company took to its Weibo account to confirm that the Motorola Edge S will launch in the region on January 26. The launch event will begin at 7.30pm local time (5pm IST) and will be livestreamed. But the poster shared by the company with the launch event details doesn’t reveal the phone’s design.

Motorola has confirmed that the Motorola Edge S will be powered by the Qualcomm Snapdragon 870 SoC — the first Motorola smartphone to feature a Snapdragon 800 series SoC. There is no clarity on whether this phone will arrive in markets outside China or not.

Design details of the Motorola Edge S still remain a mystery, and its other key specifications are also not known. If the phone is indeed internally called ‘Nio’, past leaks suggest that it is likely to feature a quad rear camera setup with a 64-megapixel primary sensor and dual selfie cameras placed in hole-punch cut outs on the screen. We are just a few days away from the launch and Motorola should detail all the information at the event, including its price. Micromax in 1b to Go on Sale in India for First Time Today via Flipkart, Company Site: Price, Specifications