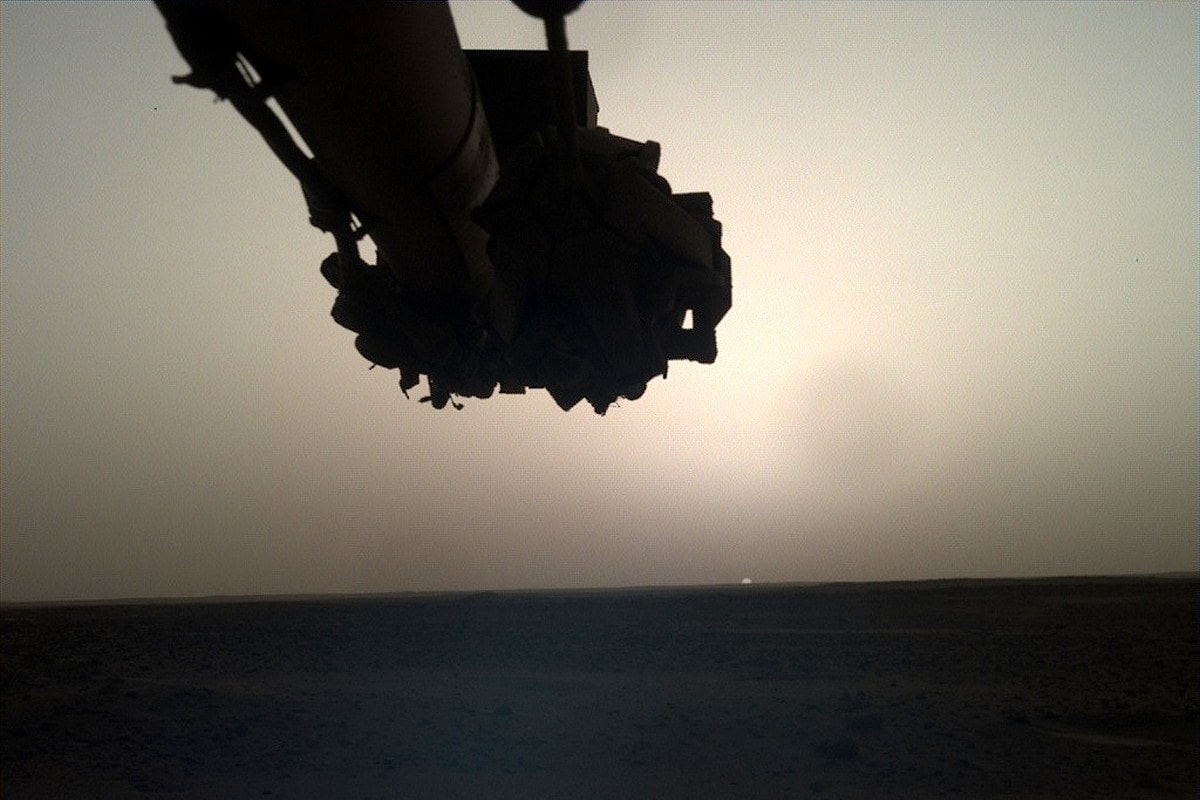 NASA’s InSight Mars lander has recently shared an incredible sight. On April 10, it captured the stunning view of a sunrise on the Red Planet. InSight is NASA’s first mission to study the interior of Mars — its crust, mantle, and core — in depth. It has been on the Red Planet since late 2018.

InSight, which is short for “Interior Exploration using Seismic Investigations, Geodesy and Heat Transport”, is a stationary Mars lander that studies quakes on the planet and its interior. The lander touched down in the Elysium Planitia region of Mars in November 2018. The probe has already completed its primary mission of one full Martian year, which is equal to about 687 days on Earth. It is now in its extended phase with time on its hand to try its photography skills.

NASA said InSight has managed to measure hundreds of “marsquakes” through its mission. It has also studied mysterious magnetic pulses on the Red Planet and captured incredible views like the Martian sunrise.

“What we’re learning from InSight will not only reveal how planets like Mars first formed, it will help us understand the Red Planet’s patterns as we prepare for humans to explore Mars on future NASA missions,” the agency added.

NASA has also been exploring Mars with the help of its other probes — such as the Perseverance rover and its partner, the Ingenuity helicopter. The rover has been collecting rock samples for a future human mission to collect and bring them back to Earth. All these efforts are aimed at finding signs of ancient or microbial life on Mars and seeing if it can support human habitation, similar to Earth.

Perseverance and Ingenuity are exploring the Jezero Crater on Mars, a dry lake that scientists believe could hold information about possible ancient life.