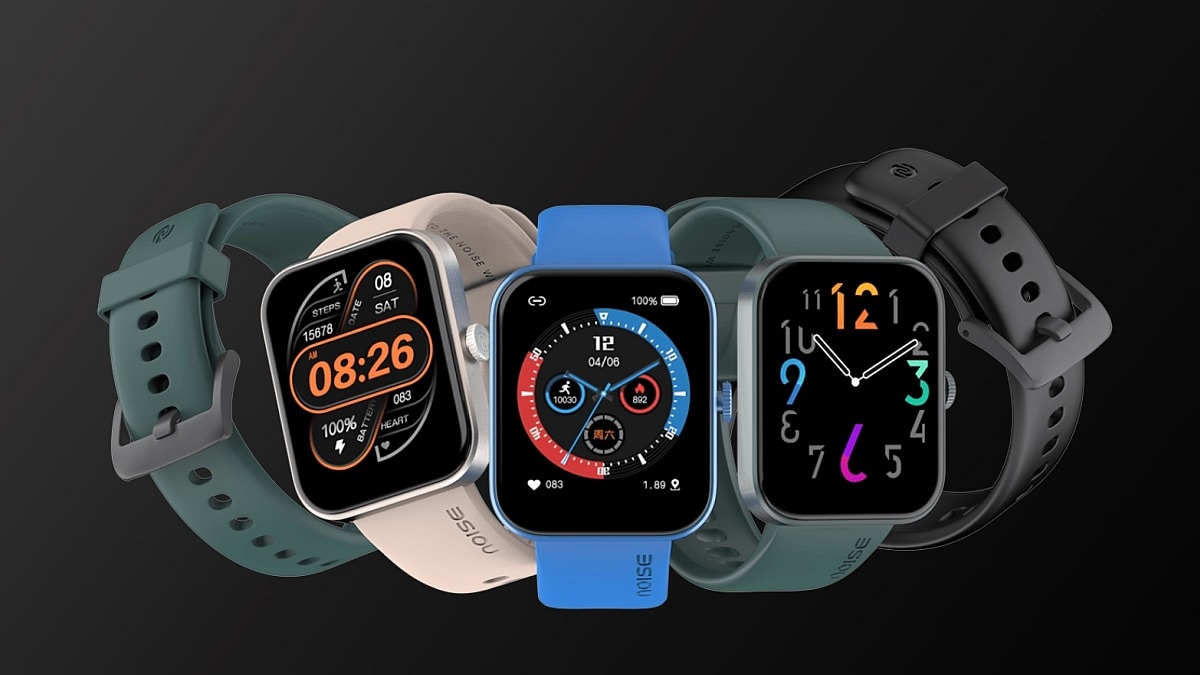 India’s smartwatch market grew 173 percent YoY in Q1 2022, according to the most recent Counterpoint data. Smartwatch maker Noise led the market in the first quarter with a market share of 23 percent. Fire-Boltt came second for the first time with a 21 percent market share. Boat was placed in third spot with a 16 percent share in the market. Dizo entered the top five list for the first time in Q1 2022. It is worth noting that more than ten brands entered the market in the first quarter including Defy, Fastrack, Truke, and Reebok. Amazfit declined 35 percent YoY in Q1 2022.

The top three brands — Noise, Fire-Boltt, and Boat — had a market share of 60 percent. According to the Counterpoint data, Noise was able to capture the first position with 23 percent market share by its value-for-money offerings, emphasis on the Make-in-India scheme along with adding relevant features to its product portfolio. The Colorfit Pulse was the best-selling model from Noise.

Fire-Boltt came in second position for the first time by bringing out affordable and feature-packed products. The smartwatch brand targeted diverse smartwatch segments like fashion, lifestyle, fitness, and luxury to grab 21 percent of the market share with its Ninja Pro Max being the company’s most popular device. Boat, which came in the third spot with a 16 percent market share, had updated its portfolio with five new smartwatch models in the first quarter of the year. Almost two-thirds of Boat’s total portfolio was captured by the Xtend and Storm models.

Dizo came in the top five spots for the first time. Dizo increased its offline presence in the first quarter along with introducing the OLED display with its Watch R.

Talking about the features of the wearables, Research Analyst Harshit Rastogi said, “The brands are pushing larger displays, which consumers are readily accepting. By pushing larger displays, the brands are also attracting smart band users as these bands have limited functionality due to smaller displays. The contribution of the >1.5-inch smartwatches increased to more than half of the total smartwatch market from just 11 percent last year. In addition, some of the most demanded features like SpO2 are now present at all price levels. Blood pressure monitoring as well as voice assistant are trickling down to lower price bands to attract budget-conscious customers.”

More than ten brands entered the Indian smartwatch market in the first quarter including Defy, Fastrack, Truke, and Reebok.

Xiaomi recorded a growth of 238 percent in Q1 2022. The Redmi Watch 2 Lite is selling fast in the market. Realme had also market share of 3 percent. The Smartwatch S100 became the best-selling smartwatch for Realme’s Techlife brand.

While Zebronics maintained a position in the top ten, the market share of Amazfit declined 35 percent YoY in the first quarter. The GTS Mini 2 drove over 30 percent of the company’s shipments.