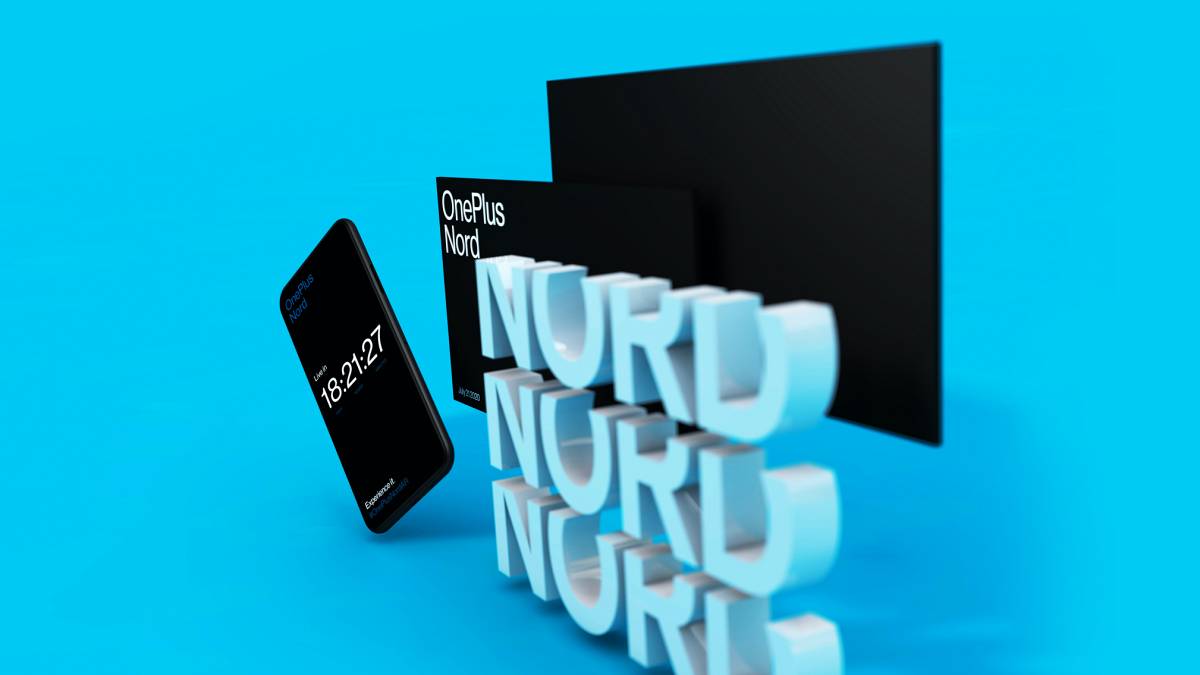 OnePlus Nord launch kicked off at 07:30pm IST with OnePlus’ Carl Pei on the stage as a part of an augmented reality (AR) presentation. Pei started by talking about the OnePlus 8 series, which the company claims has been pretty successful for it. Pei added that the company listened to the community feedback before developing the OnePlus Nord. Pei then moved directly to the launch of the day. According to the executive, Nord brings the company back to its roots of providing great quality at an affordable pricing.

OnePlus Nord is the latest smartphone from the Chinese smartphone maker. It is targeted to the mid-range segment. It uses Qualcomm Snapdragon 765G SoC. It will be offered in Blue Marble and Gray Onyx colours. Other specifications of the phone include a 6.44-inch full-HD+ Fluid AMOLED screen with 90Hz refresh rate, up to 12GB of RAM, and up to 256GB of onboard storage. The RAM is LPDDR4X, whereas the onboard storage is UFS 2.1.

Further, there is a 4,115mAh battery onboard that supports Warp Charge 30T fast charging technology, which enables the phone to charge from zero to 70 percent in just 30 minutes. You will also get an in-display fingerprint sensor, 5G support, and NFC.

On the software front, the OnePlus Nord runs on Android 10-based OxygenOS 10.5. It also comes with Google’s Messages, Duo, and Phone apps for great and safe experience.

Pei then moved to OnePlus Buds, the company’s first truly wireless earbuds. The earbuds come with seven hours of battery life on a single charge. The runtime increases to 30 hours when re-charged using the battery in the case. The case is also confirmed to support Warp Charge. The Warp Charge support will allow the earbuds to get juice worth 10 hours in just 10 minutes for charge.

Other features of the OnePlus Buds include a 13.4mm dynamic driver as well as 3D stereo support with Dolby Atmos (or stunning sound quality with Dirac Audio Tuner support).

Also, OnePlus has revealed that the earbuds weigh 4.6 grams each and the charging case weighs 36 grams. The earbuds will be offered in White, Nord Blue and Gray colours.

OnePlus Buds have been priced at Rs. 4,990; however, the company hasn’t revealed the exact availability date at this point. San Diego Comic-Con 2020: All the Movie and TV Series Trailers