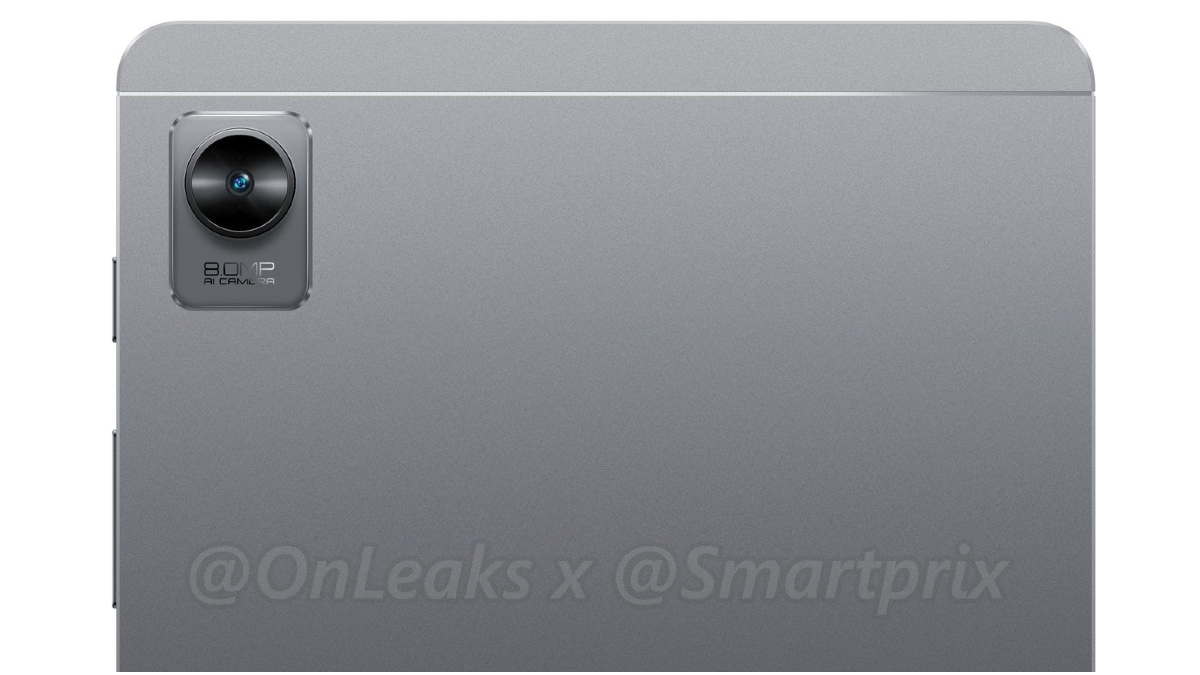 Known tipster Steve H. McFly (@OnLeaks), in collaboration with Smartprix, leaked the press renders and specifications of the upcoming Realme Pad Mini. The leaked renders show Realme Pad Mini in a silver colour with the Realme branding at the back. The tablet is seen to have a single camera sensor on the rear arranged on the upper left corner of the device. Further, the power button and the volume rocker are seen on the left spine of the tablet.

As per the leak, the upcoming Realme Pad Mini could feature an 8.7-inch display. It is said to be powered by a Unisoc T616 SoC coupled with 4GB of RAM and 64GB of internal storage.

For optics, Realme Pad Mini is said to feature an 8-megapixel rear sensor and a 5-megapixel camera in the front. The tablet is tipped to sport a 6,400mAh battery with 18W fast charging support. It is expected to measure 7.6mm in thickness.

Recently, Realme Pad Mini appeared on multiple certification and benchmarking websites, including Thailand’s National Broadcasting and Telecommunications Commission (NBTC), Geekbench, and the Bureau of Indian Standard (BIS), suggesting some of its key specifications.

Realme Pad Mini is likely to succeed Realme Pad which was launched in India in September last year with a price tag of Rs. 17,999 for the top-of-the-line 4GB RAM + 64GB storage model with Wi-Fi + 4G connectivity. It features a MediaTek Helio G80 SoC, coupled with up to 4GB RAM and up to 64GB of onboard storage. It sports an 8-megapixel camera at the front. Realme Pad packs a 7,100mAh battery that supports 18W quick charging as well.