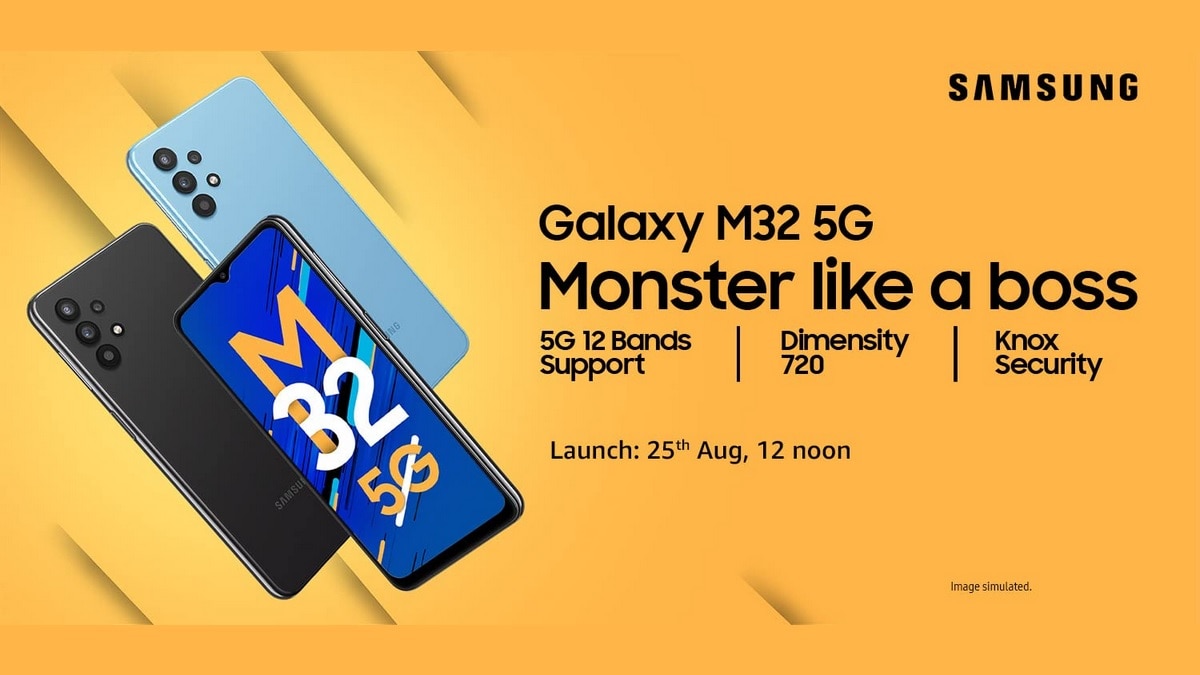 The leak comes courtesy of 91Mobiles in collaboration with tipster Ishan Agarwal and states that the Galaxy M52 5G will likely run Android 11-based OneUI 3.1. The leak says it will feature a 6.7-inch full-HD+ (1,080×2,400 pixels) Super AMOLED Infinity-O display with Corning Gorilla Glass 5 protection. Under the hood, it will carry the Qualcomm Snapdragon 778G SoC and come in 6GB or 8GB RAM variants with 128GB of expandable storage.

For connectivity, the phone will come with 5G with support for 11 bands. It is said to support 15W fast charging as well. The report adds that the Galaxy M52 5G may measure 164x76x7mm and weigh 175 grams.

The Galaxy M32 5G may feature a 6.5-inch HD+ (720×1,600 pixels) TFT Infinity-V display with Corning Gorilla Glass 5 protection and 60Hz refresh rate, based on the leak. The phone is said to be powered by the MediaTek Dimensity 720 SoC and have 6GB RAM with 128GB internal storage. Samsung has already confirmed the SoC and some of the other specifications for the phone.

For photos and videos, the Galaxy M32 5G will feature a quad-rear camera setup that is headlined by a 48-megapixel primary sensor which may be accompanied by an 8-megapixel sensor with an f/2.2 ultra-wide-angle lens, a 5-megapixel depth sensor with an f/2.4 lens, and a 2-megapixel macro shooter with f/2.4 aperture. At the front, the phone will come with a 13-megapixel selfie shooter that may have f/2.2 aperture. Samsung Galaxy M32 5G will be backed by 5,000mAh battery and support 12 5G bands.

As mentioned earlier, there is no launch date for the Galaxy M52 5G but Samsung has confirmed the Galaxy M32 5G will launch in India on August 25.