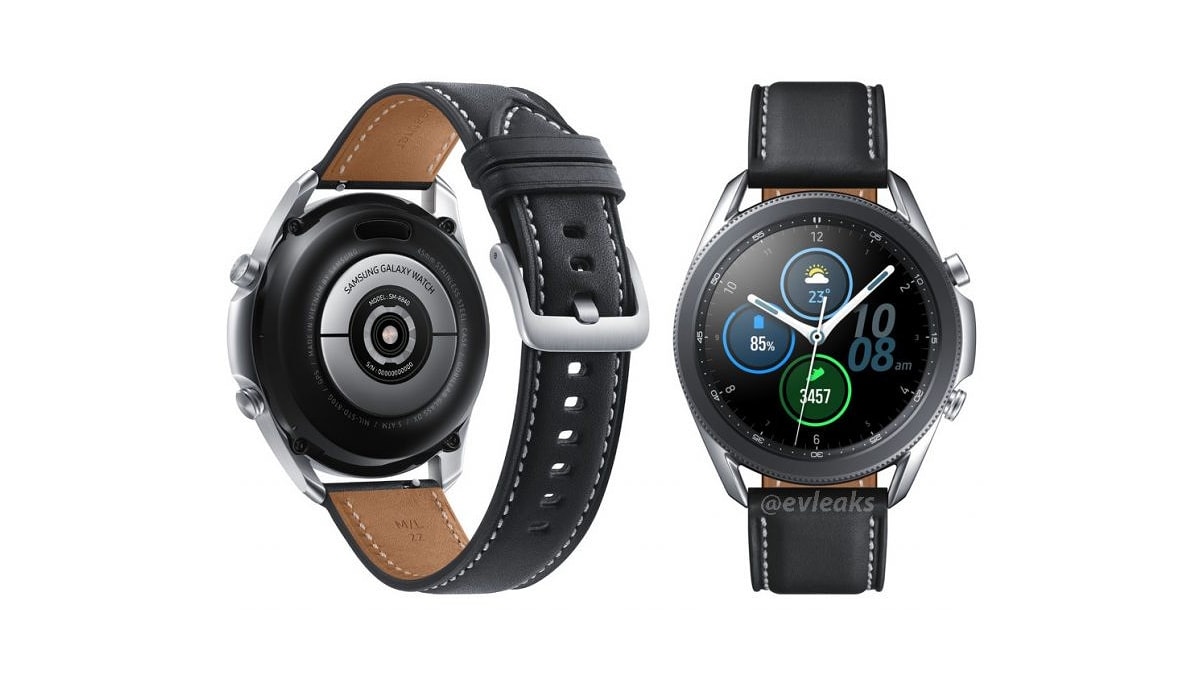 Samsung Galaxy Watch 3, a rumoured upcoming smartwatch from Samsung, has leaked multiple times over the last few weeks and we already seem to know a fair bit about the device, including its alleged July 22 launch date in India. Now, new report point that support pages for the upcoming smartwatch had gone briefly live on the company’s India website, hinting that the official launch of the product isn’t far away. In the past, the Galaxy Watch 3 has been spotted on the BIS (Bureau of Indian Standards) and Bluetooth SIG certification websites.

The support pages for the upcoming Samsung Galaxy Watch 3 that bears the model numbers SM-R845F and SM-R850F were spotted by MySmartPrice but were taken down later. These pages hint that the Galaxy Watch 3 is closer to its official launch in India. Popular tipster Evan Blass put out leaked renders of the device that are rumoured to hint the Galaxy Watch 3’s July 22 launch date. These renders also highlighted the 45mm stainless steel casing of the watch along with the 22mm black leather band.

The software of the Galaxy Watch 3 had also leaked and Max Weinbach from XDA developers tipped that Samsung is bringing new watchfaces to this smartwatch. Weinbach tipped that the leaked firmware of the Galaxy Watch 3 hinted at a new weather app, rich notification icons, new music widget and that Samsung Mail had been replaced by Outlook. He also added that the company has added more customisation through ‘Informative Digital Edge’ that adds information such as date, day, heart rate, steps and more around the edge of a watch face. Nokia 3.4 Launching in India Soon, Tipped to Debut Alongside Nokia 5.4 on February 10