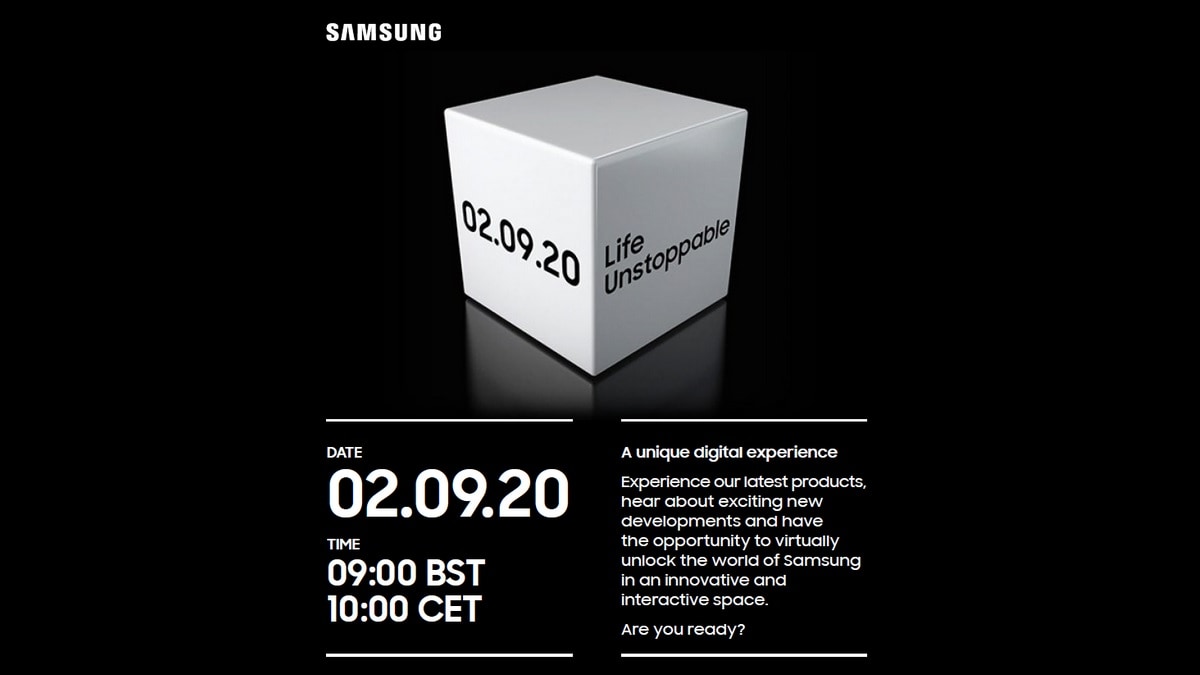 Samsung has announced it will host a ‘Life Unstoppable’ event on September 2, less than a month after its Unpacked event on August 5. The company plans to “unveil the latest innovations” in the field of smartphones, TV, audio, wearables, and home appliances. It will be a virtual event to take people through the company’s 2020 lineup of products. Samsung says the event will be open to media, retail, and industry partners. This announcement comes after the South Korean giant opted out of the IFA 2020 physical event.

“At Samsung, we continue to bring game-changing innovation to our customers and our society,” Samsung Europe’s chief marketing officer Benjamin Braun said in a statement. “We are excited to reinvent the way we will unveil our new line-up of mobile phones, wearables, TVs, home appliances and more – a journey that will showcase how our connected, breakthrough technology fuels a Life Unstoppable.”

Life Unstoppable will take place on September 2 at 9am BST/10am CET (1:30pm IST). It will be a 45-minute virtual event that will show off some of Samsung’s “newest pioneering technology.” There will be special guests at the event as well. The company states that guests will be able to explore multiple new product launches in mobile, TV, and home appliances during the virtual event. As of now, the company has not shared where the event will be streamed.

Samsung was supposed to exhibit at IFA 2020 from September 3 to 5 that will be a physical event with invite-only and closed to the general public. But, the company decided not to do so, as per a report by TechCrunch. In place, it will hold an event of its own which will be the ‘Life Unstoppable’ event. It will be organised less than a month after another big event – ‘Unpacked’ – scheduled for August 5.