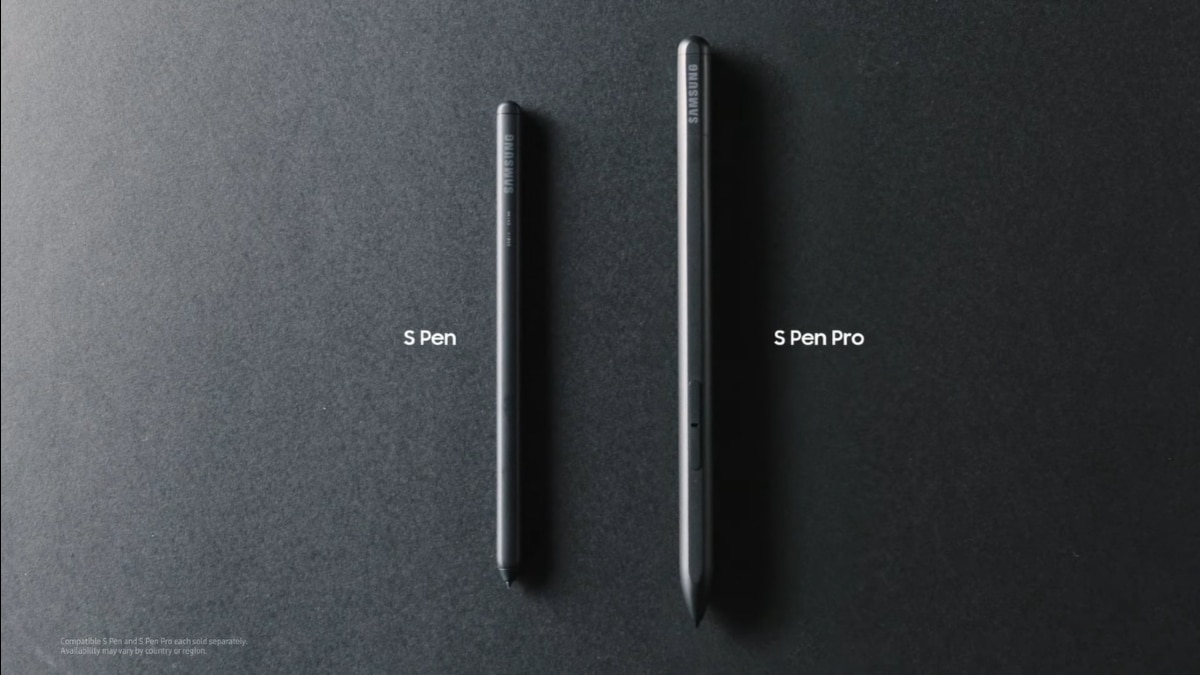 Samsung Galaxy S21 Ultra 5G is the first Galaxy S series handset to offer stylus support. This phone does not come with a stylus slot, but an S Pen can be bought separately for use on the display. Alongside the new phones, Samsung also introduced the S Pen Pro – a pencil-sized larger model of the S Pen that is more comfortable to use and hold. This works with Samsung Galaxy S21 Ultra 5G, but because it is larger than the S Pen, storing it within the new case won’t be possible.

The pricing and availability details of the S Pen Pro haven’t been announced and it is expected to be made available later this year. Samsung has not offered details on the exact size of S Pen Pro, but it is much larger than the new S Pen introduced alongside the Galaxy S21 Ultra. While this brings a lot of comfort while using than the smaller S Pen, it also means that it can’t be inserted in the case, and storing it could be a problem.

S Pen Pro supports Bluetooth which means you can use air actions, use it as a camera shutter, or to change the music. S Pen Pro may not only support the latest Galaxy S21 Ultra, but also other S Pen-capable devices that run on One UI 3.1. This means it will work on the Galaxy Note 10 series, Galaxy Note 20 series, Galaxy Tab S6, and Galaxy Tab S7 models.

The normal S Pen is priced at $40 (roughly Rs.  2,900) as a separate accessory, and with the case for the Galaxy S21 Ultra is priced at $90 (roughly Rs. 6,500). S Pen Pro should likely be priced more than that. Samsung Galaxy S21 Ultra is the first non-Note Samsung device to support the S Pen. The company has reportedly confirmed that more Galaxy models in the future will come with S Pen support.