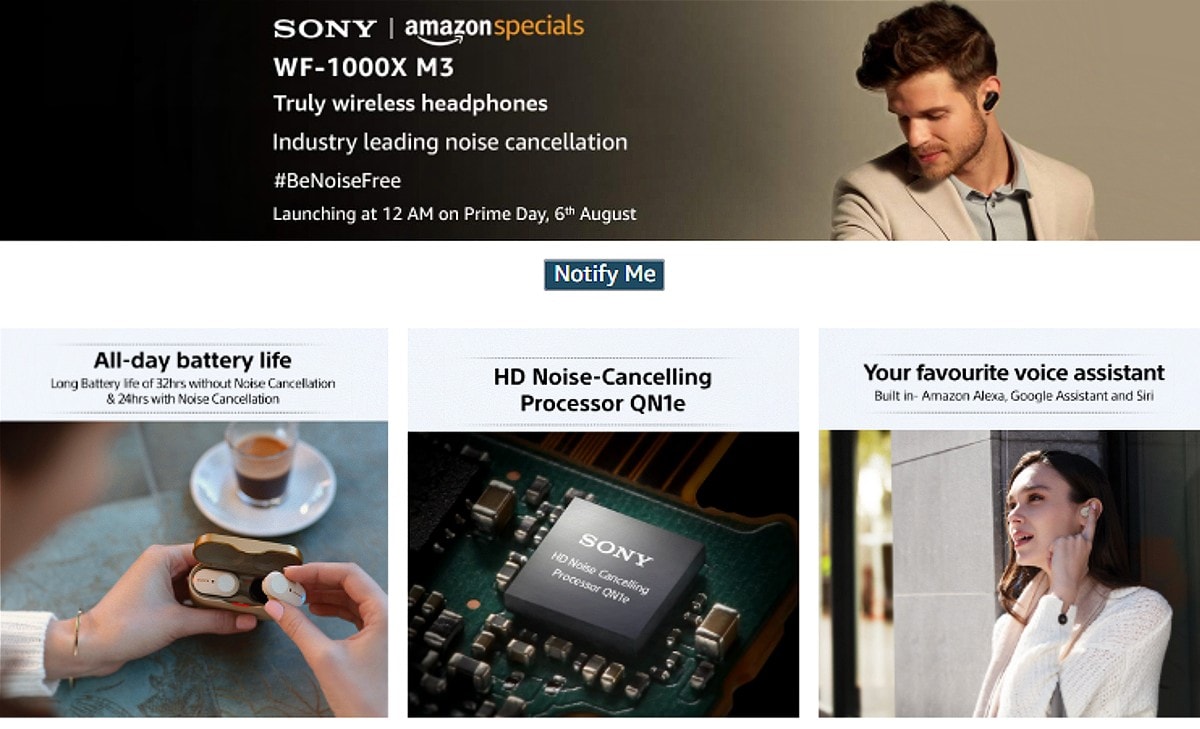 Sony WF-1000XM3 truly wireless earphones are all set to launch in India on August 6. Amazon India is teasing the arrival of these earbuds as part of its Prime Day 2020 launches during the two-day sale. The Sony WF-1000XM3 were originally unveiled last year in July, and they are finally making their way to the Indian market. The earbuds are teased to offer up to 32 hours of total battery life without noise cancellation. The Sony WF-1000XM3 also come with multiple voice assistants support – Amazon Alexa, Apple Siri, and Google Assistant.

The dedicated page on Amazon India confirms that the Sony WF-1000XM3 truly wireless earphones will launch in India on August 6 at 12am (midnight) IST. Amazon does not reveal the price of the earbuds, but these should be around the same range as the Europe price of GBP 220 (approximately Rs. 19,000).

Amazon is launching a host of audio products on Prime Day 2020. Apart from the Sony WF-1000XM3, even the Amazfit Powerbuds with built-in heart rate sensor are also set to launch during the sale period.

The Sony WF-1000XM3 feature 6mm dynamic drivers, and a frequency response range of 20-20,000Hz. The earbuds support Bluetooth 5.0, offer Bluetooth codec support for the SBC and AAC codecs, and have a USB Type-C port for charging through the case. Google Search Getting Redesign for Music-Related Queries on Desktop: Report