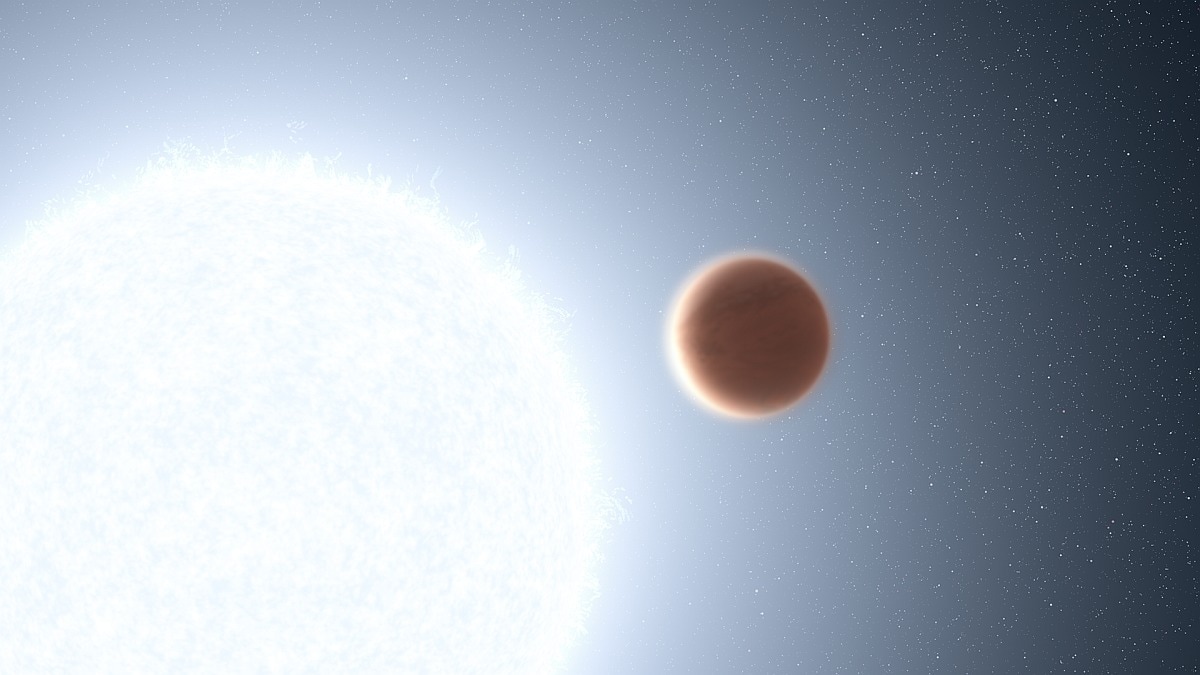 NASA scientists have found planets where the temperature goes past 3,000 degrees Fahrenheit (roughly 1650 degrees Celsius), enough to melt even titanium. During their studies of ultra-hot exoplanets, teams of astronomers working with the NASA Hubble Telescope reported on WASP-178b, an exoplanet 1300 light-years away.

Using NASA’s iconic Hubble Space Telescope, the astronomers found that the one side of WASP-178b is always positioned in front of its burning star. During the daytime, it was observed that the atmosphere on the exoplanet is engulfed by silicon monoxide gas. On the dark side, the silicon monoxide cools enough to turn into rocks that come falling down from the skies. But during dawn and dusk, these same rocks vaporise due to the hot temperatures. This study was published in the Nature journal.

“When you look at Earth, all our weather predictions are still finely tuned to what we can measure. But when you go to a distant exoplanet, you have limited predictive powers because you haven’t built a general theory about how everything in an atmosphere goes together and responds to extreme conditions,” said David Sing from the Johns Hopkins University in Baltimore, Maryland, co-author on the two studies, said.

The astronomers also turned their heads towards KELT-20b, a massive Jupiter-sized exoplanet 400 light-years away. In their study, which was published in Astrophysical Journal Letters, they found that this outside world is being constantly bombarded with ultraviolet light from its parent star leading to the creation of a thermal layer in its atmosphere, similar to Earth’s stratosphere.

While on Earth, the ozone layer protects us from harmful UV light by restricting higher temperatures to a layer between 7 and 31 miles above Earth’s surface, the same is not the case with KELT-20b. The exoplanet’s host star is melting metals in the atmosphere making for a strong thermal inversion layer.

“The emission spectrum for KELT-20b is quite different from other hot Jupiters. This is compelling evidence that planets don’t live in isolation but are affected by their host star,” said Guangwei Fu of the University of Maryland, College Park, who reported on the exoplanet.