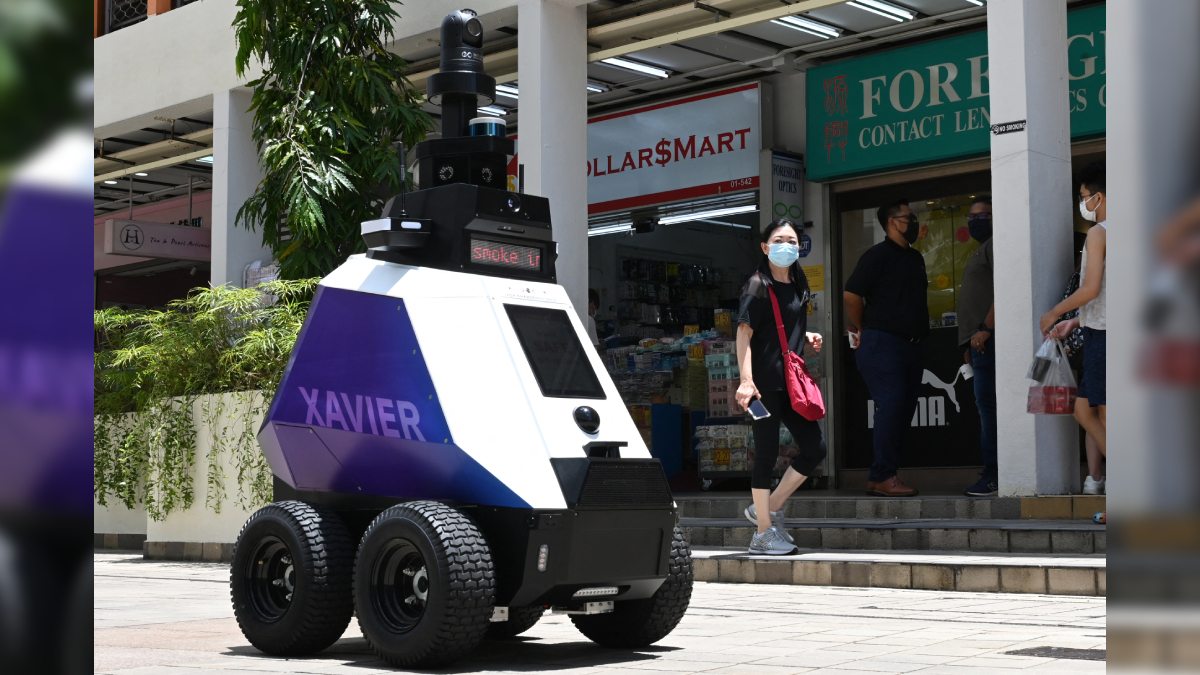 Singapore now has robots on its streets to carry out safety-related surveillance of citizens. The patrol robots, named Xavier, have been programmed to roam around the streets of Singapore and detect “undesirable social behaviour.” The robots move amidst people on regular pathways. They have been fitted with seven cameras to detect any anomaly in proper social behaviour. The undesirable behaviour may be detected if someone parks a vehicle incorrectly or if someone lights up a cigarette in an unauthorised zone. The robot will also monitor if people are following proper social distancing protocols or not.

In a video released by Euronews, the robot looks like a sophisticated and compact metal structure on wheels and has a raised neck that almost reaches the height of a human being. However, it is very powerful, as it can gather visual information through its seven different cameras. The robot also displays messages about keeping the city safe and maintaining social distance.

Project manager Michael Lim said that these machines were a new safety weapon. In a video interview, he said, “Even though Singapore is safe, there might be things happening that we didn’t expect. So, if the robot is around and something happens, the people in the control room will have a record of it and they can see what happened.”

The robots initially went through a three-week trial in September. They were tested in a housing estate and a shopping centre.

This isn’t the first time that Singapore is trying to track its inhabitants with robots and fast-developing technology. It has 90,000 police cameras installed on lampposts. These cameras have facial recognition technology that enables the authorities to track individuals.

While these cameras and police robots are meant to keep a check on antisocial behaviour, their constant surveillance has also raised questions about human rights.

Lee Yi Ting, a digital rights activist, felt it was “dystopian” considering the extent to which surveillance was carried out on citizens. However, the activist felt that it was even more dystopian “that it is normalised and people aren’t responding much to this at all.”