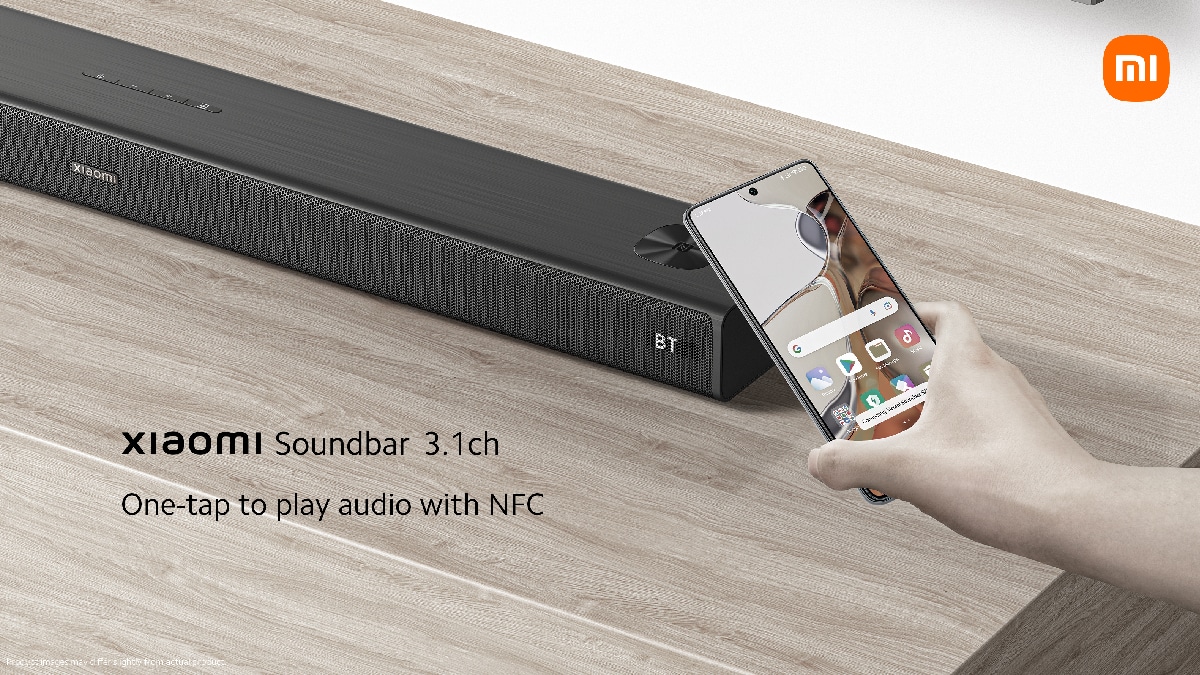 Xiaomi Soundbar 3.1ch has been announced for the global market. Ahead of the launch, the company took to Twitter to reveal some key specifications of the soundbar. The latest audio device from the Chinese smartphone giant will feature a one-touch NFC pairing support and 430W of maximum output. The Xiaomi Soundbar 3.1ch will offer Dolby Atmos support and feature a wireless subwoofer as well. The brand had unveiled the Mi Soundbar in India back in 2019, but this time, Xiaomi’s Soundbar 3.1ch is meant for global markets.

Xiaomi announced the arrival of the new Xiaomi Soundbar 3.1ch through a couple of tweets. The images shared by the company offer a glimpse into the design as well. Xiaomi Soundbar 3.1ch is seen in a Black colour. As mentioned, it comes with one-tap NFC pairing support. The device features a smart LED display on the front; a power button, and volume buttons along with connection toggles can be seen on the top of the Xiaomi Soundbar 3.1ch.

Xiaomi Soundbar 3.1ch will come with Dolby audio and DTS Virtual:X sound. It will have a wireless subwoofer along with the main unit. Additionally, the soundbar will offer a 430W maximum output. It is expected to come with a wall mounting option like the Xiaomi Mi Soundbar. Xiaomi, however, has not revealed the launch date, pricing, availability details, and other specifications of the Xiaomi Soundbar 3.1ch as of yet.

To recall, the Xiaomi Mi Soundbar was launched in India with a price tag of Rs. 4,999. It features two 20mm dome speakers and two 2.5-inch woofers. The budget soundbar has eight drivers spread across the 83cm length of the unit. This includes two tweeters, two wide-range drivers, and four passive radiators for ensuring good bass.

The Mi Soundbar supports Bluetooth 4.2, and its physical inputs include optical as well as coaxial S/PDIF, stereo RCA line in connectors, and a 3.5mm socket. The soundbar offers a frequency response range of 50-25,000Hz. Xiaomi Mi Soundbar debuted without a remote, so it is unclear whether the company would provide a remote with the upcoming Xiaomi Soundbar 3.1ch. Paytm Said to Target Rs. 21,800-Crore IPO in What Would Be India’s Largest Debut